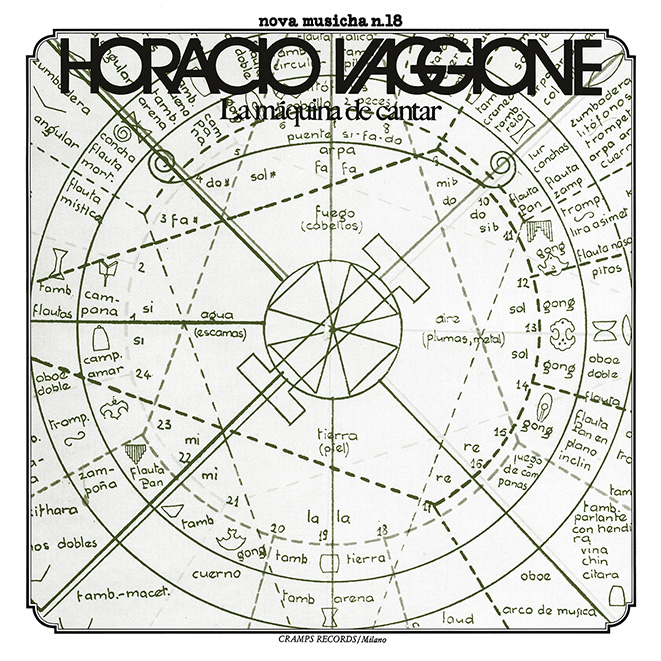 Horacio Vaggione belongs to a fascinating, and all-too-often overlooked history of Latin American avant-garde and experimental composers that emerged during the post-war period. This movement, which swept across numerous countries in the region, is among the most important canons of sonic material from the 20th Century – as radical as it was visionary – but has been tragically cast from view, beneath the shadow of decades of authoritarian governmental rule – most often in the form of military juntas – that suppressed its output and place in the larger global scene.

Born in Argentina in 1943, in 1965 Vaggione helped found the Experimental Music Center of the University of Cordoba – one of a number of important, early electronic music studios in Latin America – before departing to Europe in 1969, first to Madrid, and then to Paris in 1978, where he has lived ever since. His work is largely focused around micromontage, granular synthesis, and microsound, working with acoustic instrumentation, synthesis, and computer-based platforms. Recorded in 1971 and released in 1978, his debut LP, La Maquina de Cantar, was the 18th instalment of Cramp’s Nova Musicha series, and a truly astounding piece of work that was arguably decades ahead of its time.

La Maquina de Cantar, a work that extends across the full first side of the LP, was created using the IBM 7090 computer at the University of Madrid, deploying a hybrid form of sound synthesis, using both digital and analogue operations. Having written the score in standard musical notation, the notes were then transcribed into decimal numerical notation, which was then written into the machine’s language, in the form of punch cards, which allowed the computer the means to generate sound. This digital production was then run through an analogue section, consisting of a series of filters, a voltage-controlled oscillator, and an echo chamber. The result is a visionary work of minimalism, the likes of which had never been seen at the time of its composing, defined by shimmering layers of arpeggiating notes – slowly evolving in pitch, density, and speed – that cascade with unrelenting energy and textural presence across 17 minutes of sublime beauty.

The album’s second side is taken up by the work Ending, dedicated to the composer Robert Ashley, which was created during roughly the same period for live electronic keyboards: three Minimoog synthesizers played by the composer, and a Yamaha organ played by Elizabeth Wiener. Working as a perfect counterpoint to its predecessor, cycling repetitions of hypnotic tones pulse and dance as the dialog between the two players unfolds, splashing sci-fi images of a world that has still yet to come to be.

An inevitable revelation for anyone yet to encounter it, La Maquina de Cantar is easily among the most beautiful and important reissues of the year. 1970s Minimalism as it’s rarely been heard, and truly stunning on every count. This first-time vinyl reissue from Dialogo comes in a beautifully produced sleeve that faithful reproduces the original cover artwork and inner sleeve, and includes a brand-new English translation of the original liner notes, offering crucial insight into the creation of these works. Game changing and not to be missed.