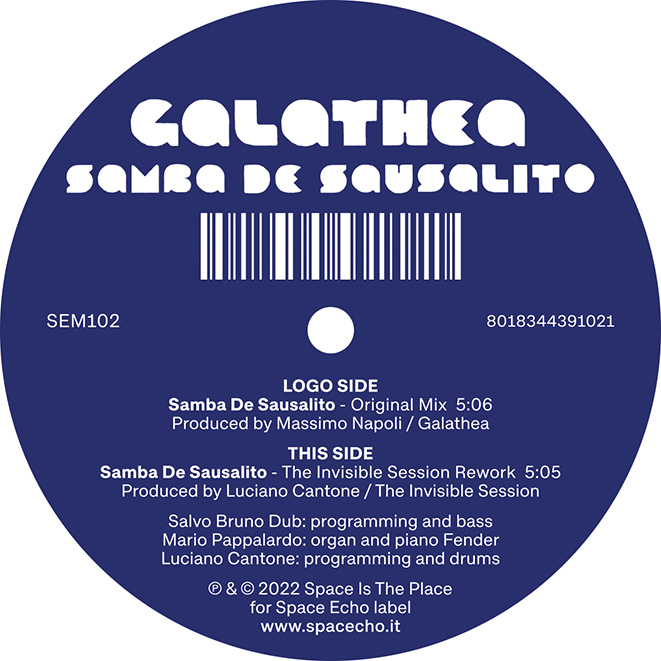 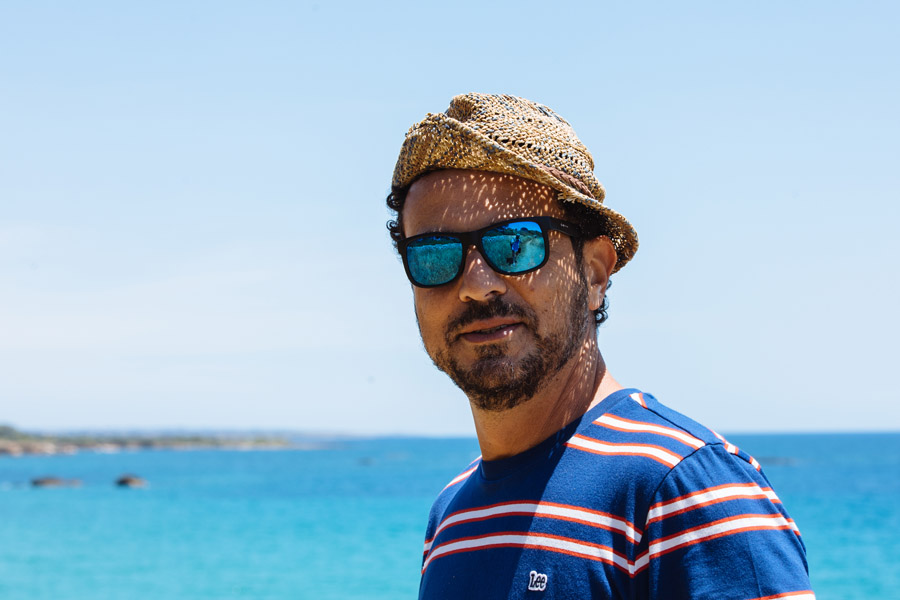 The debut album by the Italian Massimo Napoli aka Galathea received excellent critical acclaim and demonstrated how the artist was able to create an interesting and balanced blend of musical genres with an Afro / Tropical electronic atmosphere.

“Samba de Sausalito” is a song composed by the Nicaraguan percussionist Chose “Chepito” Areas, famous all over the world thanks to the version of the guitarist Carlos Santana published in 1973 on the album “Welcome”.

This new single released on Space Echo Records contains two particular versions. The first, proposed by Galathea, maintains the typical carioca colors of the original version with the addition of hypnotic and futuristic sounds, making it a perfect modern dancefloor anthem.

The second consists of a rework of the first version, by The Invisible Session – further percussive elements are added to the already full-bodied mix, embellished with an exclusive live drum solo in the studio – between samba, afro and jazz-rock, for a explosive result that will appeal to lovers and DJs.

All to discover, stay tuned!

THIS SIDE
Samba De Sausalito (The Invisible Session rework) 5:05