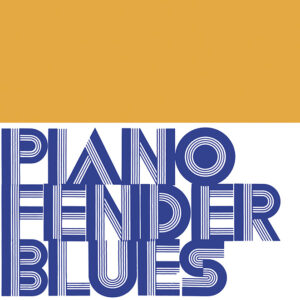 “Music with a modern but discreet sound”. This is how Umiliani himself described the content of Pianofender Blues, entirely recorded with the aid of two electric pianos (Fender, of course, and Wurlitzer), bass, piano, drums and percussion; yet another curious foray of the Florentine artist, here exploring territories different than his usual jazz, soundtracks and avant-garde experimentations.

Pianofender Blues is quite honest right from its title, and the melancholy of the sound produced by the world-famous American keyboard goes well with a much lighter repertoire that we could call, by using a vaguely old-fashioned locution, ‘easy listening’; an album that can be easily placed within Umiliani’s ‘less challenging’ production, together with other titles such as Atmospheres, Fischiando in Beat or Motivi Allegri e Distensivi, that testify their author’s versatility.

Originally released in 1975 under the name Rovi, Pianofender Blues combines excellent instrumental technique with a sound inevitably born of those years, and enriches Umiliani’s long series of sonorizations – the so-called ‘music libraries’ – that have made him famous as much as his efforts within the jazz and soundtrack fields. 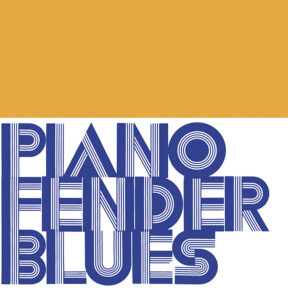